For the B-Wing project at Shepton Mallet Prison I am making two site responsive pieces. The first is a solo piece sited in cell 30 on the middle floor of the wing. The second piece is a contribution to a collaborative work with artists Luminara Star and Alice Maddicott. 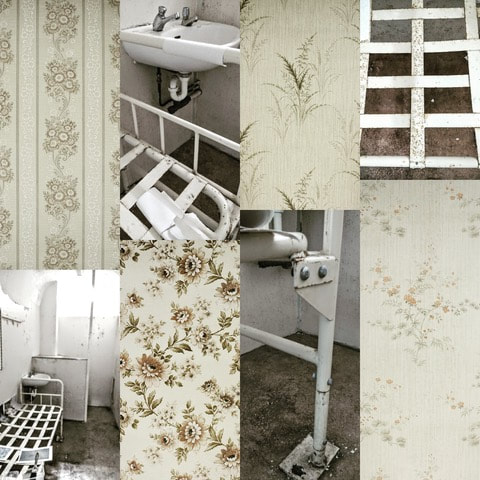 The solo work began as my response to the word “held”. When visiting the prison for the first time I was struck by the web of personal stories connected with the building and how those stories would involve prisoners held within the building as punishment, but also individuals and families of the prisoners and of victims affected by whatever crimes may have been committed. In this way, it felt that groups of disparate individuals might be “held” in the same moment of trauma but experience very different, unfolding narratives as a result. 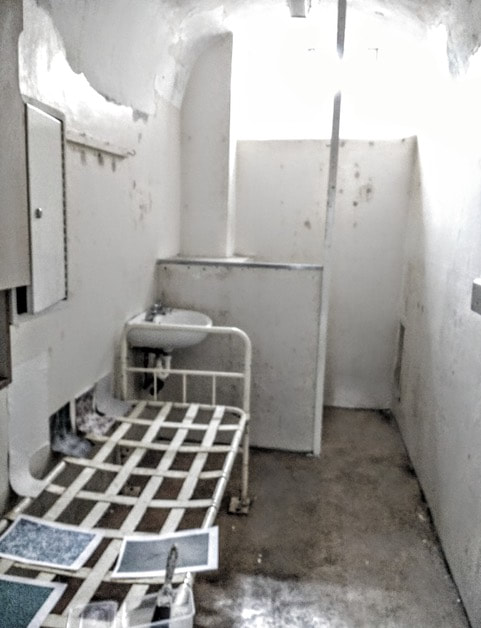 I have chosen to use wallpaper in the cell to cover/ hold areas of the space as a way of feeling into this idea. The wallpaper deliberately evokes ideas of a domestic interior – a reminder that someone at some time will have known the cell as home, but also will have come from another home before spending time in the prison. They may have left friends or family on the outside – similarly set of individuals and families will be grappling with the impact of a crime. The wallpaper also covers up possible defects on a surface, it attempts to ‘make good’, possibly disguises a truth and offers a presentable version of a story or space.

In thinking about the word 'held' I wanted to explore its various meanings: to be incarcerated/trapped; to be embraced/nurtured; to be held/locked in a moment or cycle of trauma….. 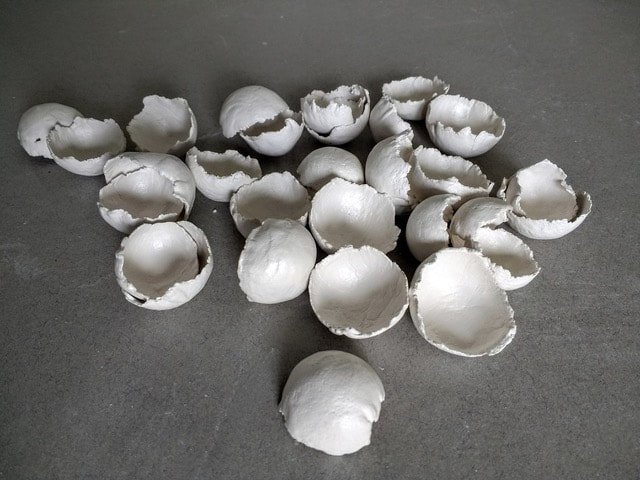 ​My contribution to the collaborative work in cell 22 on the ground floor is a series of forms made from porcelain paper clay. In conversation with artists Luminara and Alice it became apparent that we were each responding to the prison building on an emotional and intuitive level. I was intrigued by Alice’s exploration of the building as a potentially sentient space and Luminara’s interest in the redemptive and transformative possibilities of the site itself. 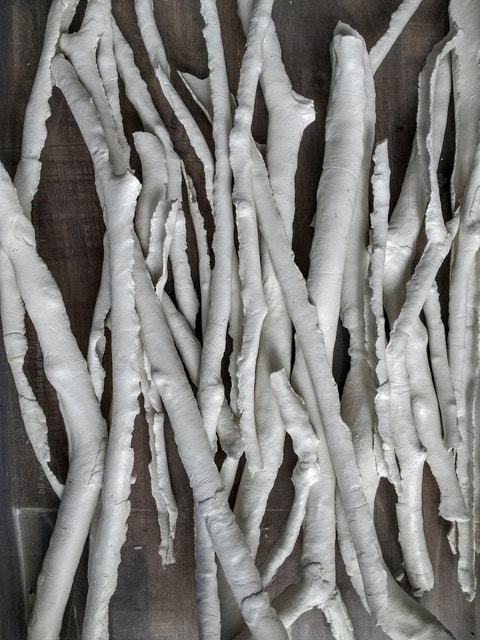 In hearing about their work I also enjoyed the idea of ‘meeting’ the building in its current state – a place full of complicated human narrative, but also a building evolving with its own story – a story spelt out visually in mould, peeling paint and rusting metal, curiously alive with possibility.

The forms I have made in response to this possibility resemble forms from the natural world – twigs, bones, eggshells, seed-heads. They are intentionally physically vulnerable and fragile, there is an ambiguity about whether they refer to decay or new life. They are not presented as commentary or opinion, rather placed as ‘offerings’ to the space, a mirroring or attempt to meet the building as it grows, sprouts, peels, decays, becomes.