Spell casting with embroidery and a cleansing ritual
24.8.19
​Luminara Star

The idea for the B-WING project was motivated by a common desire to bring contemporary art out of the traditional gallery space and into unusual, unexpected places. As co-curators, Fiona and I have held onto that vision as our relationship to the prison as an art venue has developed. 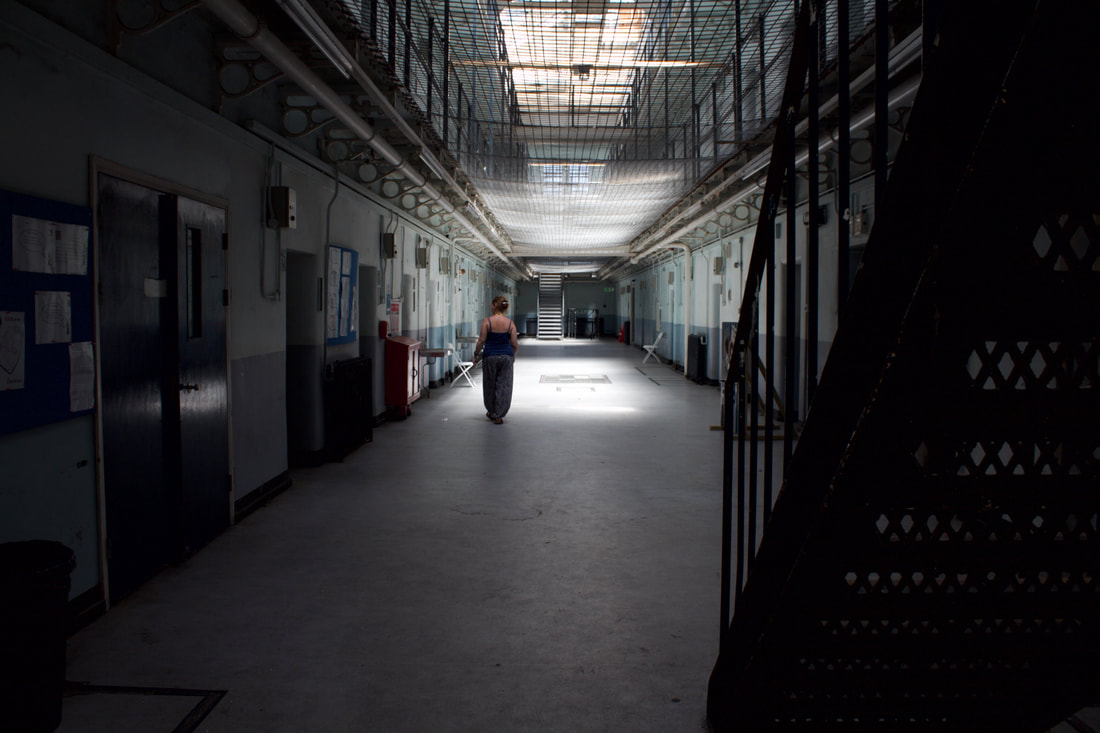 As the months pass and the project unfolds, my initial response of foreboding when entering B-Wing, has transformed into a sense of endearment for the place. One Sunday afternoon spent alone in the space, void of the visiting public, I found myself entering an almost meditative state. This surprised me, as up to that point I had felt nervous about being alone in a place infamously known for its paranormal happenings. Walking each level in preparation for my ritual performance I did, indeed, feel the sensation of not being alone, but it came with no sense of there being anything to fear.  In its decay of peeling paint, rusting metals and mould covered cells, the building was accepting of my presence. 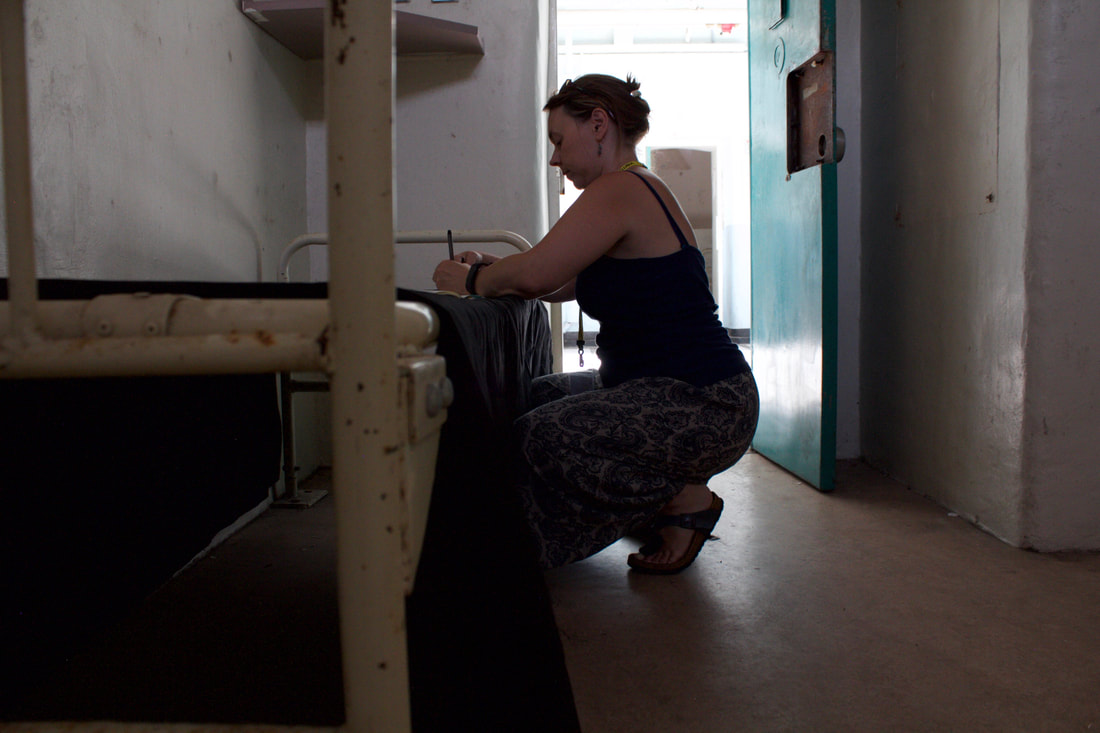 My own artworks for the exhibition will be in the form of an installation titled, Skuggi (Shadow) situated inside three cells (6, 7, 8) and a cleansing/healing ritual performance. Cell 8 has the reputation of being the most haunted cell in B-Wing, with many prisoners assigned to the cell reporting ghostly experiences. 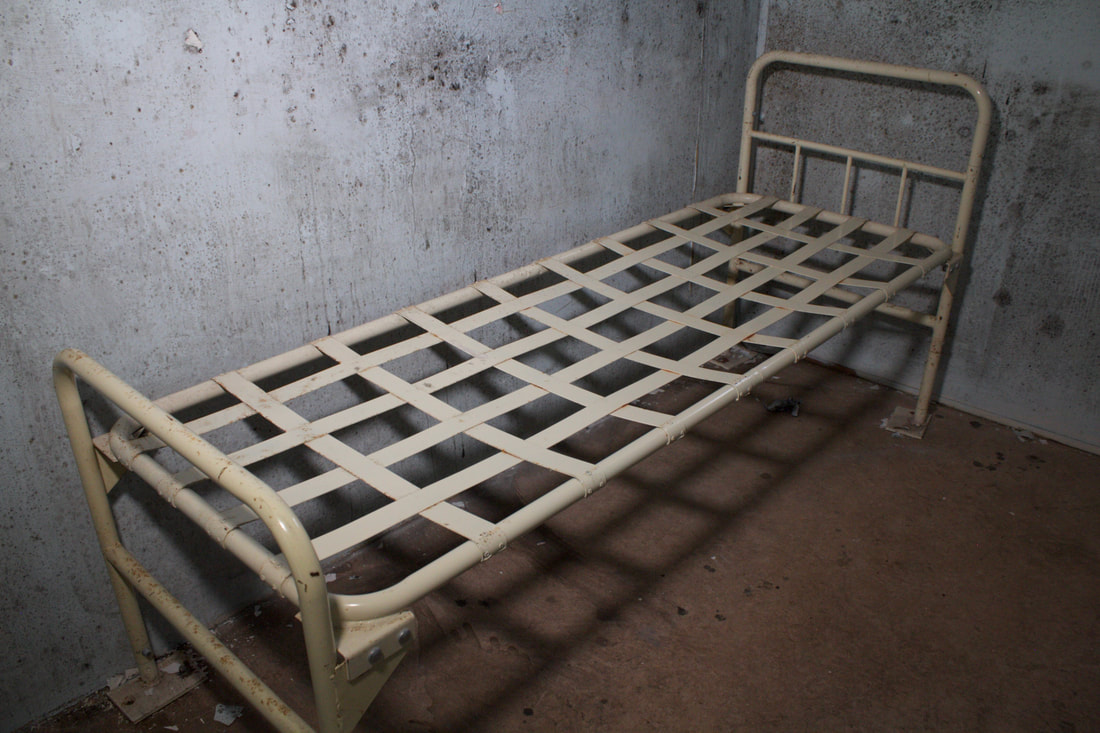 Inspired by the ancient language of Icelandic rune staves (blood magic), I will be spell casting with embroidery. 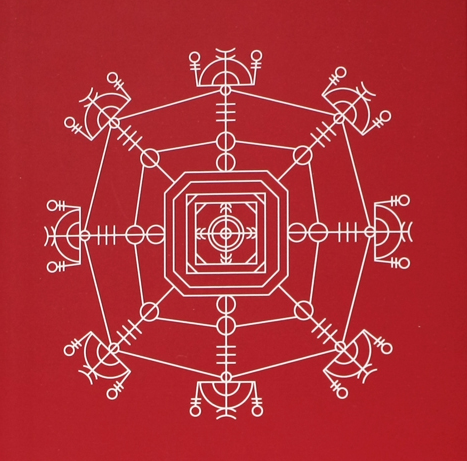 “Each spell is a creative attempt to undermine any kind of authority and revolutionise the conventional conceptions of society, in order for the individual to regain power over his own existence. Perhaps it is indeed by casting these spells that a cognoscente removes the shackles of society and finds his true natural place in the universe” -From the Sorcerer’s Screed - The Icelandic Book of Magic Spells

The staves called 'Prisoner Binding', 'The Lock Breaker' and 'End Strife' will be presented in a way that ensures a domestic reference within each of the cells. A final stave, which will complete the spellcasting, will be revealed as part of my Cleansing/Healing ritual performance on 28th September at B-WING's 'Special Events' day. 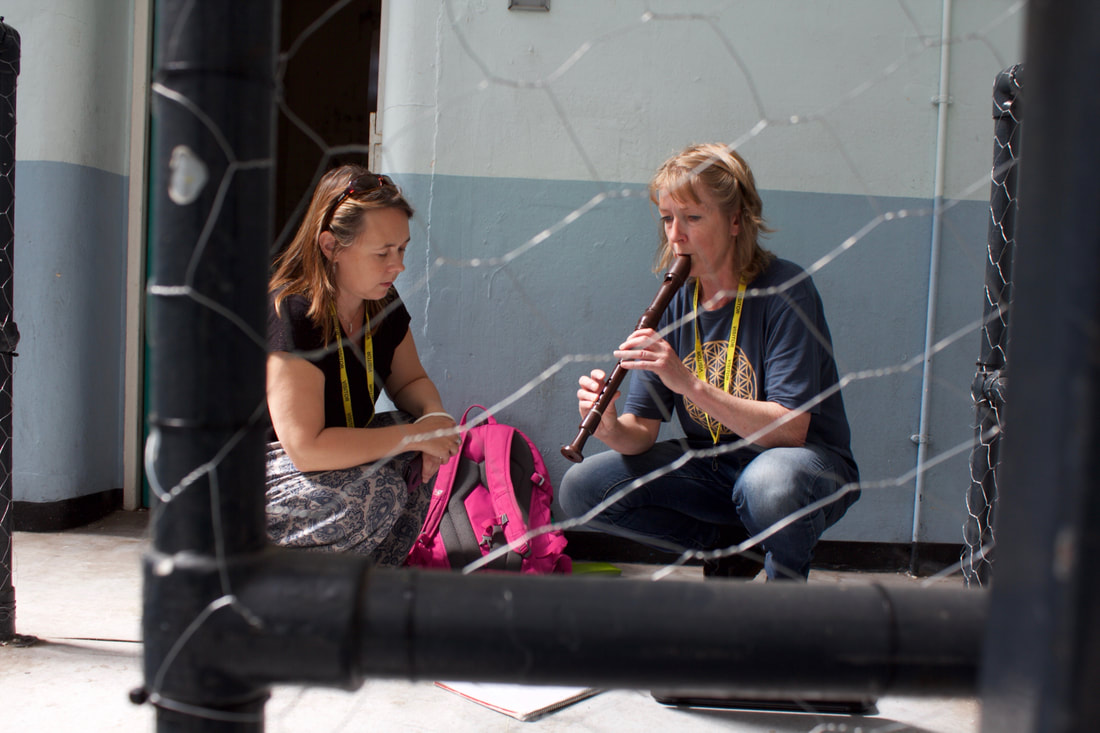 ​I am delighted that my ritual performance will be accompanied by the ethereal voices of the Shepton Mallet Natural Voice Singers. Sue Rushforth leads the singer's group and has lived in Shepton Mallet for over twenty five years. I recently invited Sue to join me in B-Wing, where she presented a sample of possible songs and chants. Sue's voice filled the vast space as members of the public, visiting the prison that day, stopped to listen for a while quietly, commenting, on how beautiful the sound was. My intention for the performance is to immerse the audience's senses in scent, sound and visual ceremony.