Poetry in prison and an anchorite cell
18.8.19
Rosie Jackson

Lots of different aspects to my contribution. First of all writing a couple of new poems for Fiona and Luminara to print off and hang in the cells. Wanted to explore what it might be like for the mother of a serious offender, e.g. a murderer - surely much worse than being the mother of an innocent victim. Wrote about Eve, the first mother, whose first son Cain murdered her second son Abel. What a story; tried to make it lyrical, but it goes deep. Then another poem called Imaginary Prisons inspired by some of Fiona's sketches for her ‘ladders' installations.
Biggest admin job has been communicating with the 17 poets who are taking part in the performance on National Poetry day. All people I know and admire, and they agreed willingly, sent in poems (most their own, some by others), which I then had to collate and sequence. Went into the prison yesterday to think about the ‘choreography’; we will start off inside cells then come to the doorways to read. Some amazing poems: dark, light, political, personal… I think it will be very moving. 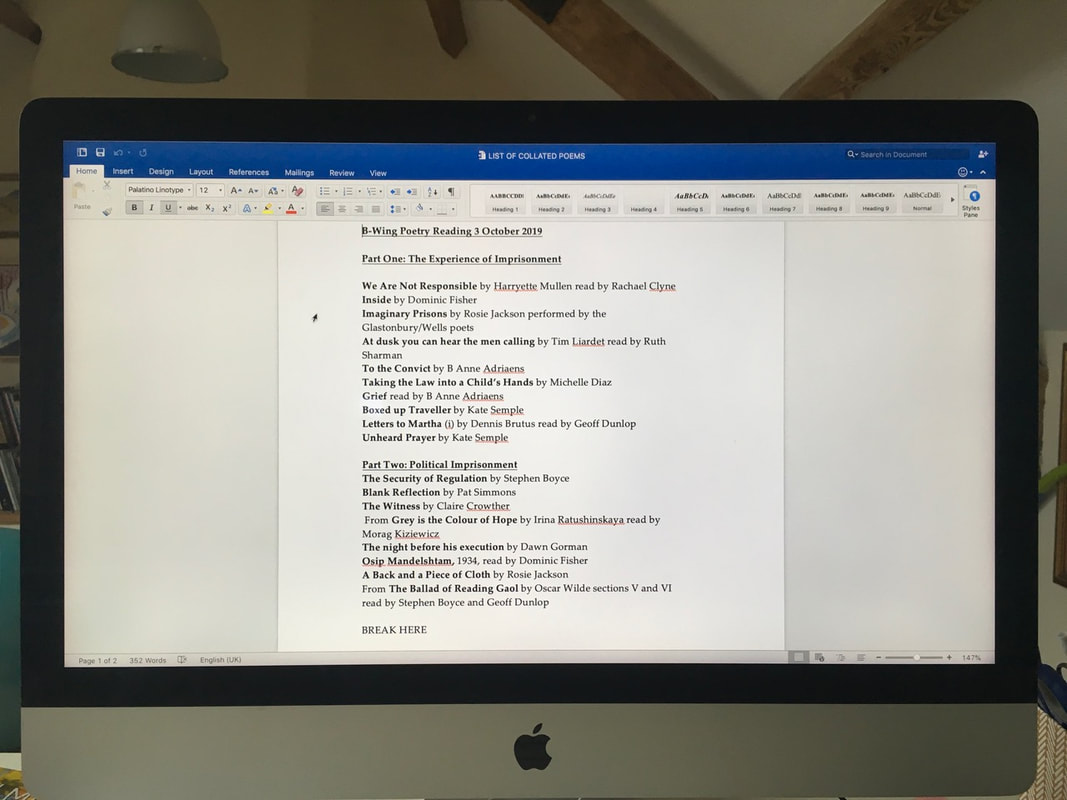 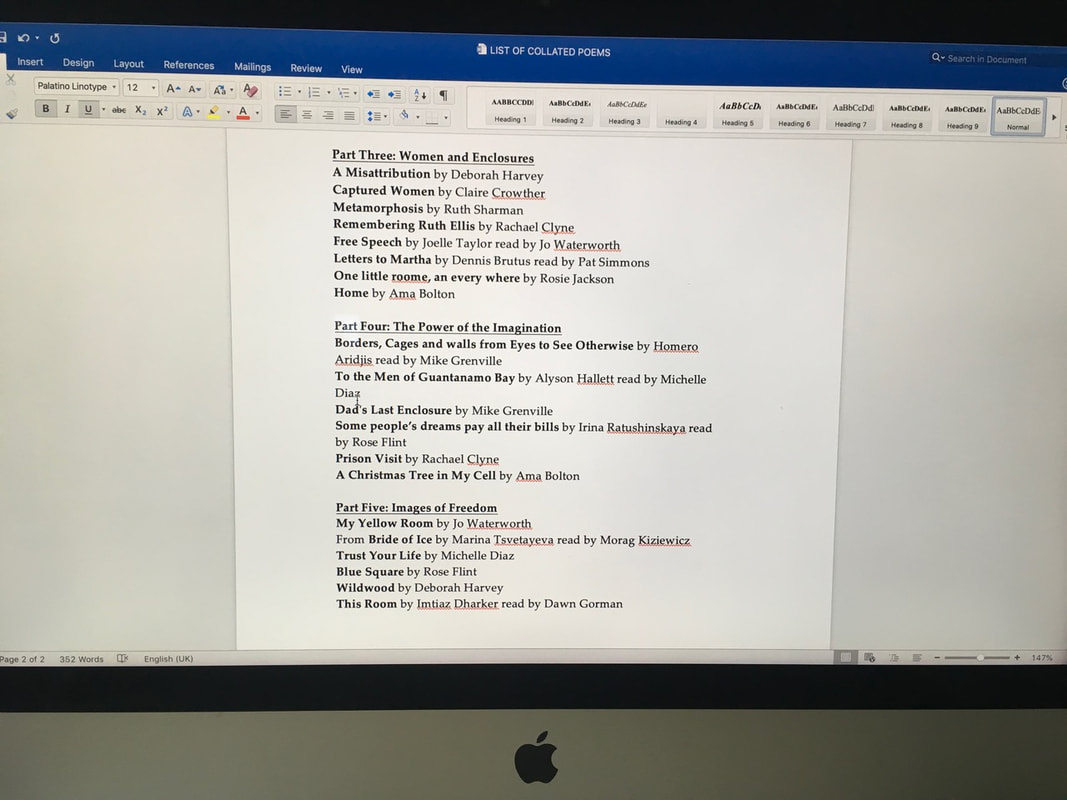 Third main task is to transform one of the cells into an anchorite cell, to honour the religious anchorites (mostly women) who lived in rooms even smaller than these in the Middle Ages. My artist friend in Frome, Robert Lee, has been helping me get my poem about an anchorite transformed onto canvas. Yesterday we pinned the draft mock-up on paper, it stretches the full length of the bed. These women (voluntarily) went into cells for the remainder of their earthly lives, never emerged again. One morning inside B-wing and I'm chafing at the bit. 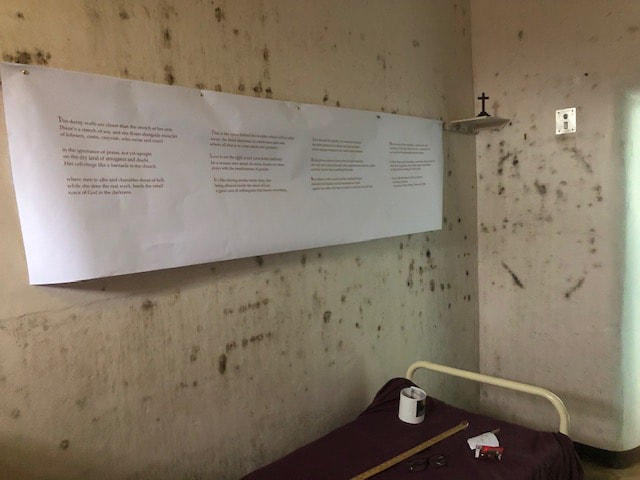 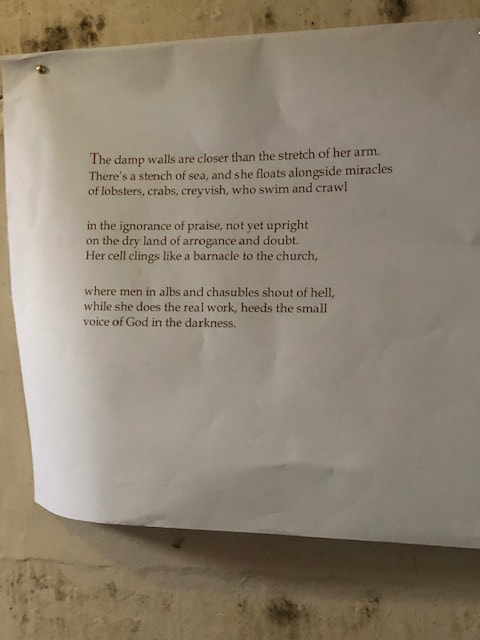 Excited today to see the flyers about SAW. Rare opportunity for a writer to be collaborating with other artists like this; I feel honoured. 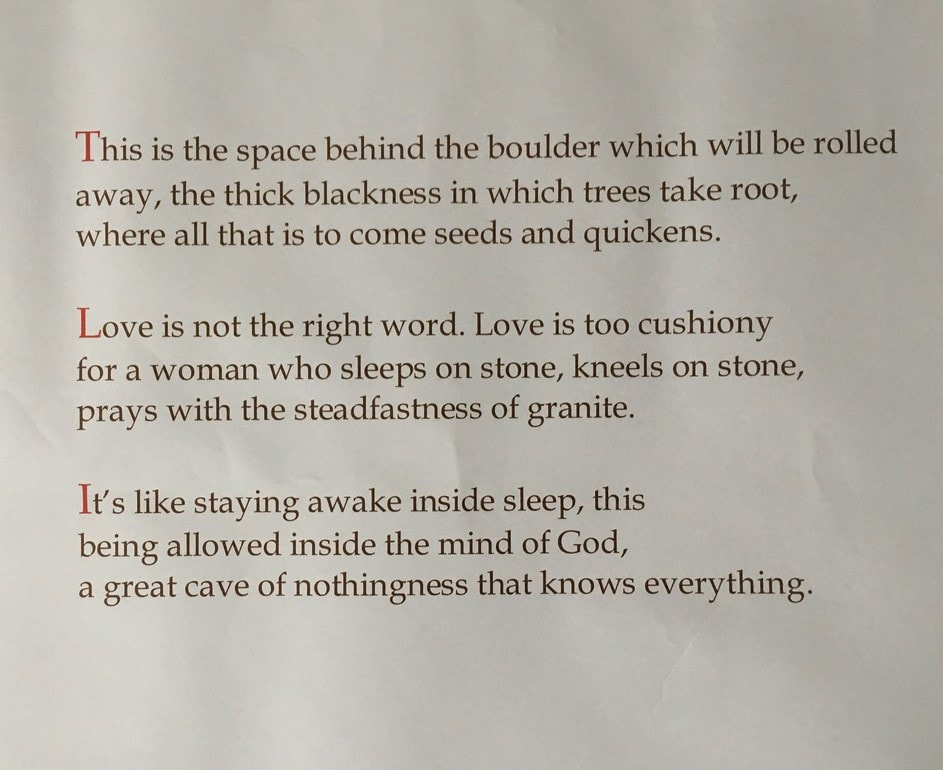